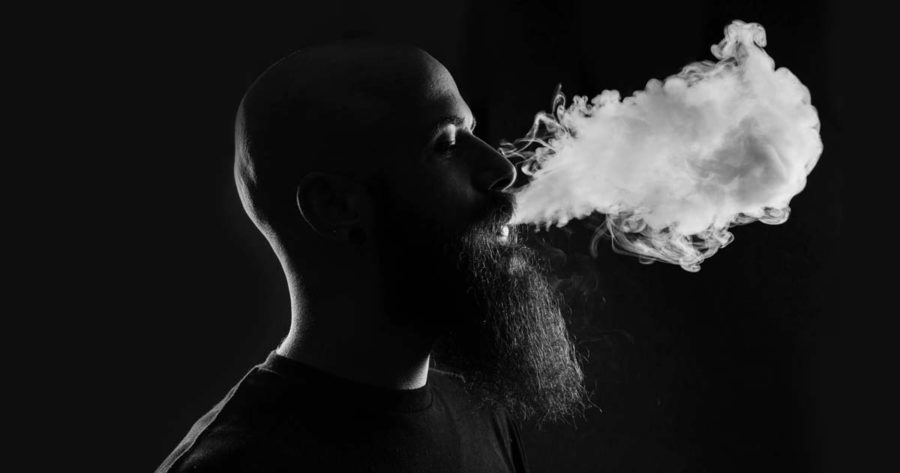 The past 30 years have been a golden era for cannabis research. The plant, which was vilified for much of the 20th century, is finally being recognized for its medical uses, rather than as a disruptive force which makes users dependent while adversely affecting their mental health.

Much of the positive cannabis publicity is focused on cannabidiol (CBD), a prominent constituent in the herb that doesn’t produce the powerful psychoactive effects of THC. These mind-altering properties are enjoyed by many cannabis users, who find that it enhances their creativity, but in the medical sphere, psychoactivity is discarded as a side effect. But a debate on the merits and disadvantages of THC is for another time.

CBD comes with none of these concerns. A key regulator of the endocannabinoid system (ECS), CBD can theoretically be used to remedy all kinds of mental and physical malaise, which we will get onto later.

There are many ways to consume CBD, but many users favor vaporizing because it takes just a few minutes to kick in. However, vaping can get messy when it comes to refilling the tank. Enthusiastic vapers may prefer refillable vaporizers because it allows them to make modifications to enhance the vaping experience, but for those who just want to self-medicate with CBD, disposable CBD cartridges are much more convenient.

The benefits of CBD cartridges

Regular cannabis users aren’t usually bothered about their precise intake of THC, CBD or any other cannabinoid – after all, there’s no way of evenly spreading the compounds out on the flower. Many medicinal users, however, are not so familiar with cannabis and do care about taking the exact dose they need – no more, no less.

Cartridges are made to release the same amount of CBD with each inhale. Therefore, instead of having to wait for a few minutes after taking a draw to decide whether that’s enough or if another hit is needed, the user can simply take a set number of draws and know immediately how much CBD they have taken in.

Knowing the dose can be helpful with determining how much CBD is necessary to provide sufficient relief from an ailment. Some users like to journal how their body responds to various dosages to improve their insight of how CBD affects them.

Scientists have been baffled about the unusual assortment of symptoms suffered by fibromyalgia patient. The condition can increase sensitivity to pain, cause mental fog (or fibro fog), affect appetite, trigger irritable bowel syndrome, reduce sleep quality and more. The cause for fibromyalgia has long been unknown, but a group of cannabis researchers studying the ECS have pinned the illness on dysfunction in this system, with the concept of Clinical Endocannabinoid Deficiency (CECD).

While not clinically proven, CECD is a convincing proposition. Firstly, ECS dysregulation would explain the peculiar set of physical and psychological symptoms. And secondly, it makes sense that the condition arises from irregularities in a previously unknown system, or the cause would likely have been identified earlier.

CBD can help to rebalance the ECS by elevating levels of anandamide and 2-Arachidonoylglycerol (2-AG) – these endocannabinoids are neurotransmitters and transmit messages via cannabinoid receptors. For instance, both anandamide and 2-AG regulate inflammation as agonists of the CB2 receptor.

Vaping CBD cartridges help to regulate the ECS as quickly as possible.

Opioid-based prescription painkillers are not providing patients with safe relief from pain. While these drugs may have a potent analgesic effect, the risk of overdose is high, especially since patients build a tolerance to treatment. In 2016, more than 42,000 Americans died from overdoses on opioids, a statistic made up of overdoses on prescription and illicit drugs combined.

Encouragingly, opioids are not the only class of drugs which can manage pain. Cannabinoids also have impressive analgesic potential, seemingly reducing pain perception through the CB1 receptor and another g-protein coupled receptor outside the ECS called the vanilloid receptor. CBD facilitates pain relief by boosting CB1-anandamide bonds. CBD is a full, albeit weak agonist of the vanilloid receptor, which is responsible for heat and pain sensation.

Pain is often more difficult to cope with when symptoms come on suddenly, as happens with neuropathic pain. The fast-acting effects of CBD cartridges are well-suited to providing relief.

As we grow older, our bones begin to weaken, due to hormonal changes and a more sedative lifestyle. Some people suffer from osteoporosis, a condition which makes the bones increasingly fragile – over time, a relatively light knock can be enough to cause a fracture. While keeping fit and upping intake of vitamins D and K2 helps to strengthen the bones, CBD treatment is also very beneficial.

A study has shown that CBD helps to stimulate bone growth and increase bone density via the CB1 receptor. CBD and other cannabinoids work to limit age-related bone loss and regulate bone resorption and osteoclasts. More studies are needed, but the bone-boosting effects of CBD may also be thanks to interactions with the GPR-55 receptor, which some view as the third cannabinoid receptor in the ECS.

We could all benefit from a little extra concentration and focus in a world where it is so easy to become distracted. Most of us know what it’s like to be working, only to start daydreaming, get caught up with anxiety or have our attention disrupted by a mobile phone notification. While minimizing distractions is key to productivity at work and anywhere else, vaporizing CBD may also improve focus.

For starters, vaping CBD is a great deal healthier than smoking cigarettes or drinking caffeinated drinks, as some do to enhance concentration. CBD products also have valuable anxiolytic properties, elevating levels of GABA and interacting with the serotonin system’s 5-HT1A receptor – reducing anxiety helps to eliminate mental chatter, which is great for staying focused.

Stress also makes it more difficult to concentrate. In 2002, a study was published in Biological Psychology which found that cognitive performance declines during a continuous mental task when levels of the hormone cortisol are increased. CBD is a well-known inhibitor of cortisol.

Protect the brain and preserve memory

Researchers have always been intrigued by the effects of cannabis on the brain, mostly because of the psychoactive nature of THC. This mind-altering cannabinoid binds with CB1 receptors, but chronic use can cause psychological dependence, and increase the risk of schizophrenia and psychosis in those predisposed to these mental illnesses. However, in recent years, we have learned that cannabinoids like CBD serve very important neuroprotective purposes, especially with memory.

CBD affects the hippocampus, a small brain structure in the temporal lobe which holds influence over motivation, emotion and the formation and storage of memories. A 2018 study revealed that CBD could repair hippocampal structure in patients who had suffered volume loss as a result of chronic high-THC cannabis use.

CBD’s therapeutic effect on the hippocampus has made it a viable treatment for Alzheimer’s disease, which causes short and – eventually – long-term memory loss due to neuron damage and death. CBD can protect from this neurodegenerative disease by stimulating neural stem cells in the hippocampus, as demonstrated in research on adult rats. Neurogenesis in this region supports higher cognitive function, according to a 2015 study.

This author hasn't written their bio yet.
SEO has contributed 8 entries to our website, so far.View entries by SEO 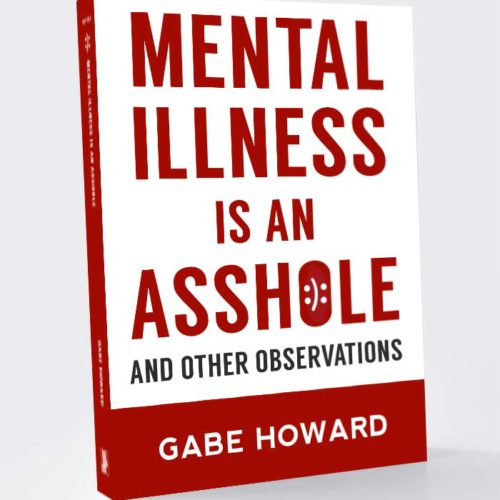 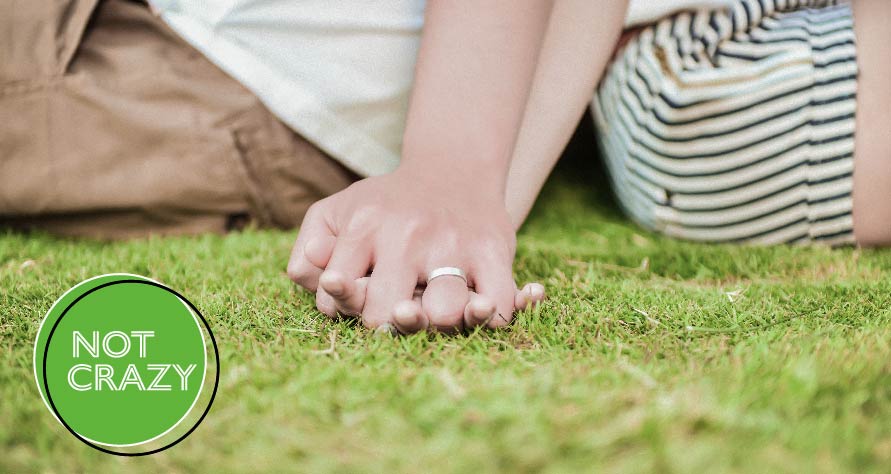 Should I Date a Person with Mental Illness? (Not Crazy Podcast) 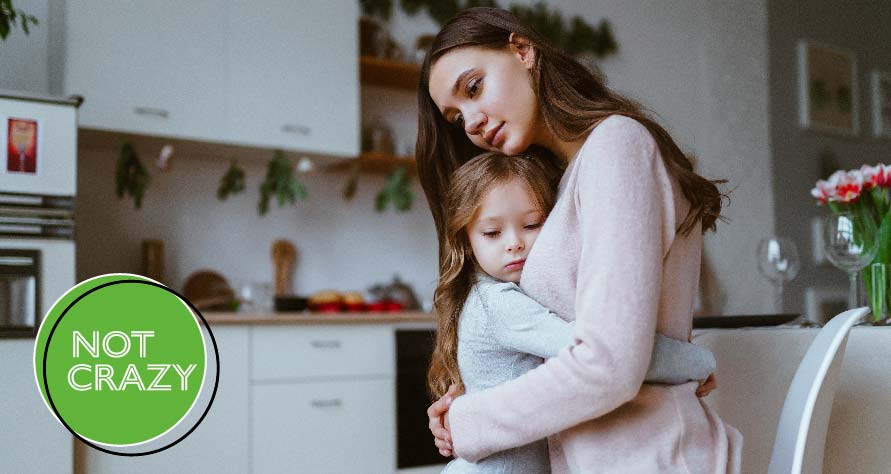 Should People with Mental Illness Have Children? (Not Crazy Podcast) 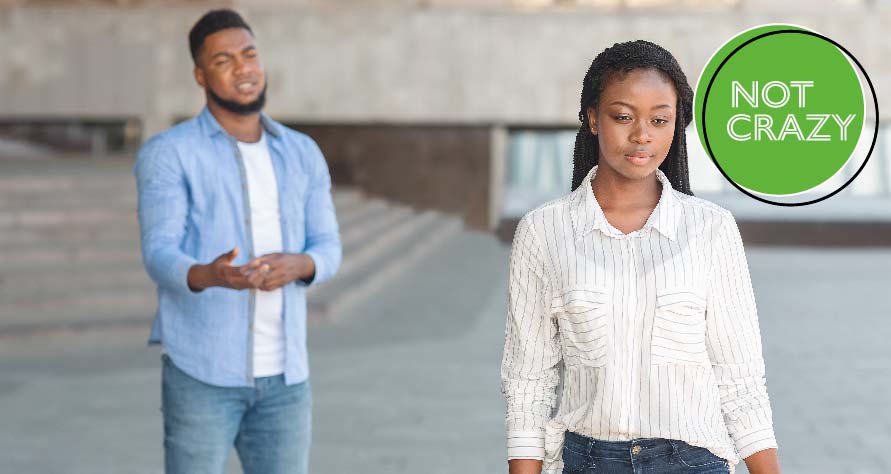 I Love You, Don’t Leave Me (Not Crazy Podcast)