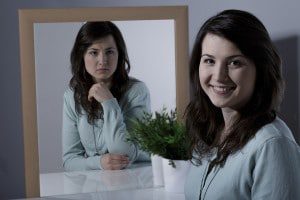 The internet is filled with articles about living with bipolar disorder. There are scientific articles written by medical professionals, but the most common examples are the “lived experience” articles, written by people living with the disorder — people like me.

But what about the experiences of people who are unknowingly living with bipolar disorder? There are some articles about this, but generally they focus on the extreme outcomes and/or crisis points. There is a lot writing about what it feels like to be suicidal or what mania feels like. These are all very important viewpoints, but they don’t answer the question of what it’s like to live day-to-day with bipolar disorder without knowing it.

I Was Unaware I Had Bipolar Disorder

Given society’s lack of knowledge surrounding mental illness, it isn’t a surprise that I didn’t know something was wrong. I suspected, a little, that I might have depression, but I assumed the treatment for that was to “man up” and get over it.

The idea that I could have a severe mental illness like bipolar disorder didn’t even cross my mind. People with mental illness were violent and spit on strangers. They rocked back and forth, screaming nonsense. I knew what crazy looked like. I had a television after all.

Realistically, there were days I acted almost as I described above. While I never laid my hands on another person, I was certainly angry. I yelled at people, especially those closest to me. I kicked and punched doors and walls, and I did so with a loss of control that still haunts me.

In my opinion, one of the cruelest things about bipolar disorder is that it exists on a spectrum. Some days I’d be “normal,” without a care in the world. I was intelligent, charismatic, and engaging. I had a great job, was married, and — from the outside looking in — was a regular guy.

Other days, though, I was wild. The highs of mania were intoxicating and I followed every rabbit I could down every rabbit hole. I was the real life Mad Hatter chasing Alice – who was always one step ahead. There was no limit to what I could accomplish during those episodes, and mania feels good, at least for the moment.

Other days, I wasn’t so lucky. Suicidal depression would grip my entire body. These episodes would take over every area of my life. I couldn’t move, couldn’t think, and just wanted to go to sleep and never, ever wake up. The numbness was horrific.

Most days, though, I was somewhere in between — not quite manic and not quite depressed, swinging back and forth like a pendulum. And, to complicate matters further, I had different friends for different moods. I never called my family when I was depressed or manic. I only called them when I was in the middle.

My family always thought I was moody, sure, but they never saw the extremes and therefore saw no reason for special worry. Besides, I had a job and a house. Mentally ill people don’t have jobs and houses. Crazy people can’t work. So life moved forward, each episode of depression or mania drawing me closer and closer to the edge.

And no one, not even me, was aware anything at all was wrong.

Talking About Bipolar Disorder Is a Good Thing

The reality is that I should have known something was wrong. To what extent I should have been aware is still something I struggle with. It’s frightening to me that I thought what I was going through was normal. If my circumstances had turned out even slightly differently, I could be homeless, dead, or still suffering the whiplash effects of a cruel disorder.

We must talk about bipolar disorder in its entirety. Yes, mania is interesting and depression has been romanticized into some twisted parody of what it is actually is, but in between, there are numerous symptoms we seldom hear about.

The problem with only teaching people about the extremes of illnesses such as bipolar disorder is that it is much harder to recover after a crisis. And there are some things a person can never recover from. The suicide rate for a person living with bipolar disorder is 15% — and that number is far too high.

This article originally appeared on psychcentral.com as “Day-to-Day” Bipolar Disorder Before Diagnosis