My Mom Doesn’t Understand The Difficulties Of Being Openly Bipolar 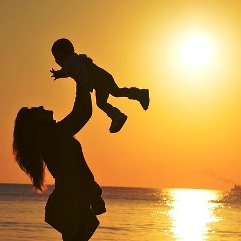 My mom said, “I can’t even imagine what that must be like.”

Finding out that my own mom doesn’t know what I go through living openly with bipolar disorder was a punch in the gut. Even though I am nearing 40 years old, she is my mother. Doesn’t she have some sort of “mom-sense” that fills in these gaps for her?

Of course, that is ridiculous. She doesn’t know because she doesn’t live in my head. She doesn’t follow me around 24/7 and observe me. She only knows what she sees and hears and, because I don’t often share the more negative aspects of my life with her, she is left to wonder.

That conversation was a few weeks ago and it still rolls around in my head. What do I want her to know? What would I like her to understand? What would I tell her?

Being Openly Bipolar is Hard. . . and Amazing. . . and Awful

I want my Mom to know that living openly with bipolar disorder is painfully hard. There are parts of being open that are amazing, it allows me to help other people in ways that being “closeted” would not, but mostly it is just awful. I actively invite criticism that hurts my feelings and fills my head with self-doubt and negative thoughts.

People judge me and tell me I’m not good enough. Because I love people and feed off their energy, this hurts me profoundly. On one hand, I must be very strong in order to keep moving forward, but on the other hand, the overall pain is very real. Knowing that people think less of me because I have an illness I didn’t ask for and don’t want is crushing. 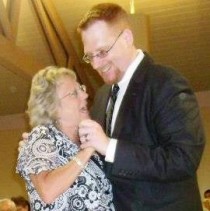 Did I mention that when I am alone with my thoughts, I cry? Everything I do is tainted by the fact that large portions of society will never, ever see me as anything other than a tragic mistake of nature. I’ve been judged, mocked, and misunderstood more than I’ve been praised, accepted, and loved. There is just so much the world doesn’t know about Bipolar Disorder.

I move through life seeing the blank stares of others and not knowing whether they hate me, love me, or just don’t care. History has taught me that they will see everything I say or do through the lens of my bipolar diagnosis. I will be seen first as mentally ill and then as a person. Even when people say nothing at all, that doesn’t stop me from filling in the gaps with all the horrible things people have said to me over the years.

I often think I must be the strongest fragile person on the planet. I stand up to the stereotypes, the misunderstandings, and the criticism of our society all in the hopes of making some ridiculously tiny positive impact.

I seek out people and willingly give them the power to judge me because it is the only way I know how to change the way people see people living with mental illness – people like me. As easy as it would be to live in the shadows and tell no one of my illness, that won’t make me happy, either.

Living openly with bipolar disorder is the only thing I know, but where most people end articles like this with “…and I wouldn’t change a thing,” my story is different, because my story ends with “…and I would change everything. In fact, I’m working on it right now.”

I have no idea if any of this will help my mom know what my life is like and, frankly, that’s okay. She knows my sister and I fight over the noodles on Thanksgiving; she knows my favorite drink is Diet Coke; and when my sister and I both happen to be driving to work at the same time, she knows to answer my call first.  Because she believed me when I told her that being impatient was a symptom of bipolar disorder. (Thanks, Mom!)

This article recently appeared on Psych Central as, “My Mom Doesn’t Understand What It’s Like To Be Openly Bipolar.”

PODCAST: How Do We Transform Stigma?
PODCAST: Sleep And Its Effects on Mental Health
By Gabe Howard|2017-08-11T00:43:42-04:00August 11th, 2017|Bipolar Disorder, Caregiving, Family, Mental Illness, Relationships|Comments Off on My Mom Doesn’t Understand The Difficulties Of Being Openly Bipolar