Depression Life, Darkness Inside and Out 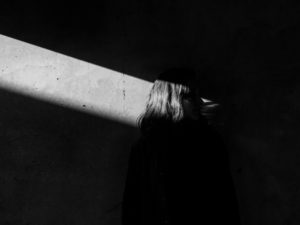 I’ve lived with my depression life. As far back as I can remember, I thought about suicide every day. On good days, I decided that I wouldn’t commit suicide and on bad days, I would think about how I would do it.

When I was younger, I didn’t realize this was abnormal. I assumed everyone thought about suicide daily. I just thought it was part of the human experience to weigh the pros and cons of living on an ongoing basis. I did recognize that I was sad — mostly because I realized that others were happy.

I didn’t know I was depressed, however, I just thought I was terrible at life. I believed that I just hadn’t found what I needed to be happy. I spent the first 25 years of my life feeling as if I was always one step away from happiness.

All of the accomplishments that I thought would make me happy didn’t. They would provide temporary happiness, of course, but a couple of weeks of feeling like I was on top of the world would quickly decline into depression. When that would happen, I’d just choose a new something I needed to be happy.

Depression Life Is Like You’re Running on a Treadmill

In many ways, depression is like running on a treadmill. It takes a great deal of effort — along with a physical and mental toll — but you don’t get anywhere. But, unlike when on a treadmill, you don’t have any positive outcomes. No calories burned or smaller waistline. Just frustration.

It’s difficult to explain my depression life to someone because it feels like emptiness. Depression is best described as feeling completely numb, rather than feeling bad. And for people with chronic depression, it feels normal, because chronic depression has a way of wrapping itself around a person and taking control of all emotions.

The feeling of depression is like swimming with someone who is trying to pull you under and not being sure you care whether they are successful. At first, you try to swim away, but after a while, you become comforted by the fact they are there.

You start to relate to the person trying to drown you and wonder if they are right to pull you under. Subconsciously, you start swimming in areas where it’s easier for them to grab your ankle. The fact that they are trying to harm you becomes irrelevant because you’re so used to that feeling that you can’t function without it.

I don’t know that depression can ever truly be understood by someone who hasn’t experienced it first-hand. When I’m depressed, I see no way forward. It’s an all-encompassing killer of emotions.

Depression is not darkness without hope for light. Depression is being pulled into darkness and forgetting that light ever existed.

This article originally appeared on PsychCentral as What Does Depression Feel Like?

Socially Withdrawn - Can Changes in Dating Habits Explain?
Recovery, It's More Than A Word
Share
Tweet
Share
By Gabe Howard|2017-10-31T11:53:47-04:00October 31st, 2017|Uncategorized|Comments Off on Depression Life, Darkness Inside and Out