Depression Symptoms or Sadness: How Do You Tell The Difference? 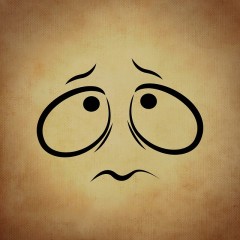 Of all the mental illness symptoms that exist, the one that is the most understood and misunderstood is depression. On one hand, depression and sadness share similar traits, like feeling down, low, or a loss of energy. Everyone, at one point or another, has experienced this. One should also consider that depression, as a word, has different meanings. It is reasonable to say, “I am depressed that my team lost the game” and also reasonable to say, “I am depressed and I can’t get out of bed.” Using layman’s terms, I’ll explain the difference.

The difference between sadness and depression lies primarily in the cause and duration. Sadness, generally, has a logical reason to exist and there is a direct link to something that will make it stop. It isn’t about the intensity of the feelings, but more about the reasons the feelings exist in the first place.

As an example, losing a job is likely to cause sadness, even intensely so. The cause is clear and logical. It is reasonable to feel sadness during that experience. Additionally, there is something that will make the sadness stop. If your boss were to re-hire you, the sadness would immediately turn to positive feelings. But even if that were not to happen, with time, the sadness will abate and life moves forward. This is where the phrase “time heals all wounds” comes from.

What is Clinical Depression?

The primary difference between depression and sadness is that clinical depression has no external cause and there is no obvious way to make it stop. A person experiencing the symptoms of major depression will not cheer up except perhaps temporarily if something positive happens. Even if that something is amazing in nature, like winning the lottery, depression remains. 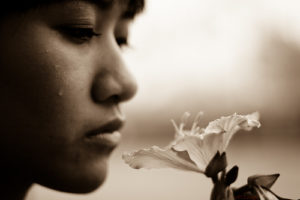 While people with depression may experience moments of happiness, depression is not something that will be cured “with time.” Clinical depression is a disease and follows a disease process. The circumstances of a person’s life do little to effect the feelings.

Clinical depression is all-encompassing and leeches into a person’s thought process. Living with depression is quite difficult and even things the person found pleasurable, like going out with friends, watching movies, or reading, will be affected. The symptoms, even slight ones, can ruin otherwise positive moments. Once, while depressed, I won a contest and my friend asked how I could possibly be depressed by winning an award. In his mind, the depression was small and the award was monumental.

I explained that having depression is like putting a ketchup packet on a slice of pizza. I love pizza, just as I love winning awards. But the addition of even a little ketchup – depression – completely ruins the taste.

“Telling someone with depression that they have plenty to be happy about and to ‘just cheer up,’ is like telling a person with asthma to ‘take a deep breath, since there’s plenty of air around.’” – Unknown Author, Facebook meme

This article originally appeared on Psych Central as “Depression Symptoms or Sadness: What’s The Difference?”

3 Ways To Be Physically Healthy When Confronting Depression
Can I Be Depressed and a Mental Health Advocate?
By Gabe Howard|2017-06-04T16:44:37-04:00June 4th, 2017|Depression|Comments Off on Depression Symptoms or Sadness: How Do You Tell The Difference?