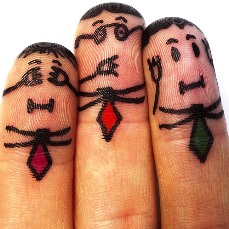 When it comes to psychiatric medications, certain side effects get all the publicity. Everyone discusses the sexual side effects and the increased likelihood of suicide in teenagers. Weight gain

(or even the less common weight loss

) is another side effect that is often discussed.

There are literally hundreds, if not thousands, of other possible side effects. If you count the side effects that taking two different medications at the same time can produce, the number soars even higher. However, most of these side effects are exceptionally rare and often avoidable by working with your doctor.

There are a few common side effects that many people who take psychiatric medications live with and manage to cope with. These aren’t discussed frequently, but if you sit in a mental health

support group, you’ll likely find at least a couple participants who tolerate them.

This means that a food or drink you loved before taking the medication may now taste different, or even bad. This may seem like an insignificant effect – and often is – but imagine if you woke up one morning and Mom’s meatloaf, or other favorite comfort food, tasted terrible? It can be a jarring side effect that causes a lot of confusing, uncertain, and unhappy feelings.

Any medication designed to modify the way your brain functions is also going to impact memory on some level. There is a spectrum of effects that needs close

On the worst end, the medication could cause serious memory loss. Much more common, however, is causing forgetfulness or difficulty in focusing or concentrating. Losing any mental capacity is a big deal, however, and it represents a compromise on the part of the person taking the medicine. It once led me to say that I’d rather have partial control over a working brain than full control over a broken one. 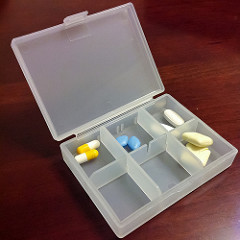 or removing a person’s ability or desire to have sex, they do represent a loss. Living with the side effects of medication, even “easy” ones, means the person taking them has to give up something.

can be a delicate matter. I never thought that I’d be okay with losing a part of my memory in exchange for less depression. It was a difficult and unfair choice, but it is one that most people living with mental illness

For that, we deserve to be commended.

**This article originated appeared on Psych Central as, “3 Common Psychiatric Medicine Side Effects No One Talks About.”