“My name is Gabe Howard and I have bipolar disorder.” I start many a speech that way because it gives the audience an idea of who I am, and why I am qualified to give a speech on the subject. But, if I were being honest, it really isn’t that descriptive at all. It doesn’t narrow down what bipolar symptoms I have at all. And, since today I am living quite well and look like a “normal” person, the audience has no idea that I have an eating disorder, or that I used to weigh a staggering 550 pounds. In fact, it doesn’t explain the link between binge eating disorder and bipolar disorder in any way.

Many people are familiar with the term “self-medicating” as it relates to mental illness. The concept is simple: the symptoms of the illness cause a person to suffer and in an attempt to alleviate that suffering they turn to . . . something.

Sadly, the stereotypical choice both in pop culture and in reality is drugs and alcohol. They are an easy choice to make, for obvious reasons. But food can be used to cope just as easily as illicit substances. Eating feels good and it’s easy. Certain foods are synonymous with happy feelings.

We have an entire category we refer to as “comfort foods,” usually carb-heavy items like macaroni and cheese, mashed potatoes, and so on. Carbohydrates fuel the production of serotonin, which makes us feel good. You can see the danger, there. It’s the identical path of substance abuse, but more socially acceptable.

Self-Medicating Often Leads to Other Issues 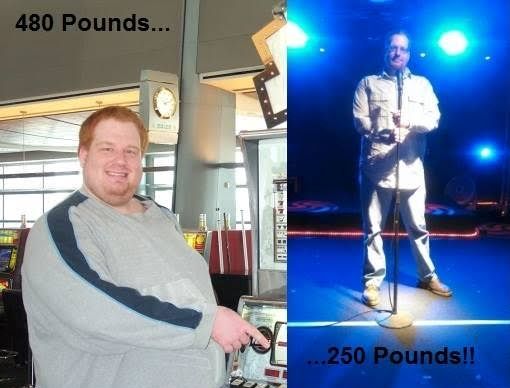 The problem with self-medicating is that it often leads to other issues. If I could eat a piece of cake once a week and feel good, then there would be no cause for alarm. The problem is that – like a drug addict – the more I ate, the more I needed to eat. Eating become the other thing that would cheer me up, and that feeling ended soon after I was finished.

The mood swings of bipolar disorder were bad enough, but then I was faced with the physical pain of being morbidly obese. I couldn’t walk long distances, was constantly looking for food, and stopped doing things I enjoyed, like going to a sporting event or to a movie theater, because I couldn’t fit in the seats.

The cycle is clear. I ate because I was sad and lonely and eating caused me to pull away from my friends. I become sadder, lonelier, and physically sick. I developed sleep apnea, which fit nicely with my insomnia, further complicating an already complicated problem. One of my friends once described me as “circus freak fat,” a label that, to this day, I cannot find fault with. I wore a size 64 waist pant, my belt was longer than I was tall (and I am six foot, three inches), and I wore a 7X large shirt –larger than the “big and tall” store carried at the time.

Ending the Cycle of Eating to Relieve Bipolar Symptoms

Ending the cycle of eating to relieve bipolar symptoms wasn’t easy. It took almost three years to lose the weight I packed on and today, 10 years later, I still fight the urges. I started my weight loss journey by first acknowledging that I was binge eating.

Since binge eating is a disorder, I started to go to therapy and enrolled in nutrition classes. I started attending groups as well to commiserate with other people who had similar feelings about food.

I also had gastric bypass surgery. Because of my obesity, I had to allow a surgeon to cut me open and rearrange my insides as another tool to help me lose weight. The recovery time from surgery was eight weeks and caused quite a bit of discomfort.

I have kept the majority of the weight off for the past decade. Today, I weigh 250 pounds and struggle a lot less with food than I used to. I always have to be aware and remember how far I’ve come — and work to ensure I never go back.

This article originally appeared on BPHope.com as “Overeating and Weight Issues with Bipolar Disorder.“