Forget 25%: Everyone Has Mental Health Concerns 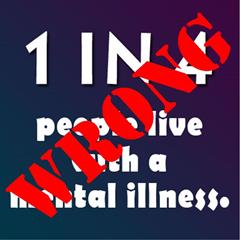 A few weeks ago, I got a call from an older male family member asking me about panic attacks and anxiety. Turns out he has been experiencing them for the first time in his life and was confused and concerned. One of the first things he told me was that he has no history of mental illness. He’s family and I can assure you that he is correct; he doesn’t have a severe and persistent mental illness. So how can we explain his panic and anxiety attacks?

One of the biggest issues we have in mental health/mental illness advocacy is the difference between severe and persistent mental illness and smaller, generally situational, mental health concerns, such as the distressing levels of anxiety experienced by my relative.

He didn’t realize that he could have a panic attack with no history of anxiety issues. He’s certainly been under stress before. He’s married with children and parenthood is a stressful experience in the best of circumstances.

Being told that anyone can have a panic attack, at any time, made sense on a logical level; he just never thought about it before. It didn’t occur to him that, given his circumstances at the moment, anxiety was normal.

He called me because he wanted to know what to do. These attacks freaked him out and he was fortunate enough to have someone he trusted to ask. A little information goes a long way, after all. And misinformation is very damaging.

This is why mental health education is so valuable. His situation may have turned out differently had he been left to fend for himself using only the stereotypes he’s learned along the way.

The Correct Mental Health Concerns Statistic is 1 in 1 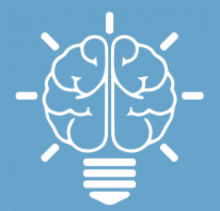 And just like physical illnesses, some mental health issues are more serious than others. I have bipolar disorder, which is a “severe and persistent mental illness,” analogous to someone who lives with diabetes, as an example.

The “1 in 4 mental illness” statistic is misleading as it is often presented. First, according to SAMHSA, the number is 1 in 5. Further, the exact statistic says in a given year, 1 in 5 people will experience a mental health issue. That isn’t the same as saying “1 in 4 (or 1 in 5) people have mental illness.”

So forget the 1 in 4 statistic that everyone loves to throw around and focus on this: Everyone has mental health and therefore anyone can have a mental health issue.

This article originally appeared on PsychCentral as, “Forget 1 in 4: Everyone Has Mental Health Concerns.”

Behind The Bipolar Blog on PsychCentral: The "Real" Gabe Howard
3 Ways To Be Physically Healthy When Confronting Depression
By Gabe Howard|2017-06-10T13:05:07-04:00June 10th, 2017|Advocacy, Bipolar Disorder, Depression|Comments Off on Forget 25%: Everyone Has Mental Health Concerns