Being Positive About Mental Illness is Important 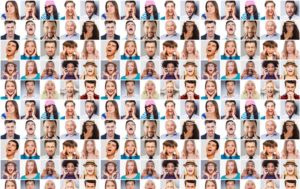 I love hope-filled stories of recovery from mental illness. Living with bipolar disorder has led to many instances of triumph over my circumstances and I often write about them. As anyone who lives with or knows someone with mental illness is aware, it’s a horrible disease.

As a writer and speaker about my experience with bipolar and anxiety disorders, I’m often accused of glorifying mental illness, and of not telling the full story or giving the public a complete picture.

Some of these organizations have gone so far as to tell me that I’m “ignoring the seriously mentally ill” and, my personal favorite, that my bipolar disorder is not serious, so I simply don’t understand.

I once made a video for a charity in which I told my story. It was short, less than three minutes, and I started with my behavior before diagnosis, discussed being admitted to the psychiatric ward, and then talked about reaching recovery and how my life was now going well.

As it played in front of 100 people at an advocacy dinner, I discovered it had been edited to remove the part where I reached recovery. It stopped at the worst part of my life — where I was sickest. All the positivity was gone and it played like a sad, hopeless story.

When I asked why it was altered, the executive director told me that it wasn’t very realistic and they didn’t want to give people false hope. I quickly added that if no one can recover, what’s the point? If the only possible outcomes are violence, suffering, and/or suicide, then why advocate at all?

Does Anyone Live Well with Mental Illness?

The truth is that many people do live well with mental illness. For the most part, I’m one of them. It wasn’t easy and it took a long time, but I got there. I’m proud of that.

All that said, I don’t talk about recovery to hurt those who are suffering. I do it to help them. Because our culture loves to spread bad news, I do my best to tip the scales with positive messages of recovery. Frankly, I don’t need to tell negative stories. The media and gossip channels do that for me.

I remember when I was diagnosed with bipolar disorder and felt so helpless and alone. More than anything, I was scared that I’d never be happy again. The very first thing I thought was, “I need to quit my job, sell my house, and move into a group home.”

My entire understanding of what it meant to be mentally ill was based on the horrible outcomes I’d heard about. Because I’d never heard about anyone getting better, I assumed that meant no one did.

Thankfully, I started to meet people who told me recovery was possible. In addition to the positive stories, they gave me practical advice. I worked with doctors, therapists, and support groups. All of them provided valuable assistance on my road to recovery.

I’m not sure how people got it in their heads that promoting recovery equals ignoring the seriously mentally ill. I’m not ignoring anyone. Trying to balance the conversation is a positive advocacy step.

Both of those scenarios are incredibly damaging to our efforts.

This article originally appeared on psychcentral.com as “Why It’s Important to Be Positive About Mental Illness“