PODCAST: What Defines A Panic Attack? 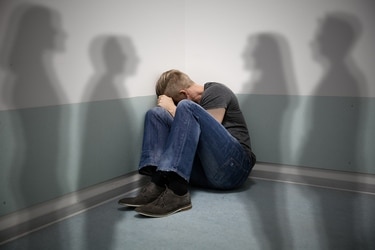 In this episode of the Psych Central Show, hosts Gabe and Vincent discuss anxiety disorders, which can be debilitating on many levels and strain even the closest relationships, often due to a lack of understanding of what anxiety disorder is like. Listen as our hosts describe what it’s like, from mild social anxiety to full-blown, sweat-dripping panic attacks.

Listen as Our Hosts Discuss Anxiety Disorders and Panic Attacks

“That is where anxiety disorder, in my opinion, is the most damaging – your behavior mirrors bad behavior. But it’s not coming from a bad place.” ~ Gabe Howard 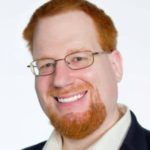 Gabe Howard is a professional speaker, award-winning writer, and mental health advocate who lives with bipolar 1 and anxiety disorders. Diagnosed in 2003, he has made it his mission to put a human face on what it means to live with mental illness.

Gabe writes the Don’t Call Me Crazy Blog for PsychCentral.com as well as is an associate editor. He also writes and Video Blogs for Bipolar Magazine Online. He’s been a keynote speaker for NAMI (National Alliance on Mental Illness), MHA (Mental Health America), OSU (Ohio State University), along with many other venues. 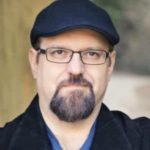 Vincent M. Wales is the author of several award-winning speculative fiction novels and the creator of costumed hero Dynamistress. He lives with persistent depressive disorder and is a trained suicide prevention crisis counselor with additional counseling background. A Pennsylvania native, he obtained his BA in English writing from Penn State. While a resident of Utah, he founded the Freethought Society of Northern Utah. He now lives in Sacramento, California. Visit his websites at www.vincentmwales.com and www.dynamistress.com.

This podcast originally appeared on PsychCentral as, “Podcast: What Does A Panic Attack Feel Like? 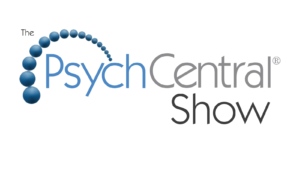 Bipolar Disorder Is Not A Choice
3 Things Every Psychiatric Practitioner Should Remember
By Gabe Howard|2017-07-07T03:38:04-04:00June 29th, 2017|Advocacy, Mental Illness|Comments Off on PODCAST: What Defines A Panic Attack?