Is Your Teen Threatening Suicide in a Manipulative Way? 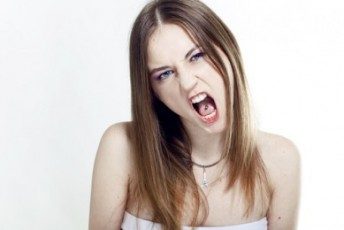 Teenagers have a tendency to be dramatic — and that includes throwing the word suicide around. Many of us don’t like to admit it, but we were dramatic at that age, too, at least to some extent. Now that we’re parents (or other relatives, mentors, caregivers, or friends) to a teenager, the universe is giving us a taste of it from the other side. Most teenage angst is typical. I remember the first time my mom insulted my favorite band. What she said was, “I don’t like this band.”

What I heard was, “You’re stupid for listening to them and you have awful taste in music.”

When teenagers get angry, watch out. We’ve all said things we regret when angry and the minds of teenagers aren’t fully formed. Many life lessons that we adults take for granted have not yet been experienced by the average teen. When angry, they lash out and will say whatever it is they feel will hurt you.

Threatening to “commit suicide” is a fairly typical escalation point for an upset teenager looking to lash out.

Don’t Ignore Any Suicide Threat, Even If You’re “Sure” They’re Lying

Our society is deficient in Mental health education and suicide prevention. The fact is that many adults don’t know what to do when anyone threatens to commit suicide, let alone a kid.  Our natural tendency is to ignore things that make us feel uncomfortable or that we don’t understand. However, ignoring teenagers when they threaten suicide is a bad idea – even if you are sure they are just being dramatic. There are only two reasons for individuals to say they are contemplating suicide:

Either reason needs to be taken seriously. Addressing the first reason is obvious; addressing the second ensures that your teen doesn’t minimize the experiences of people who truly need help. Crying wolf doesn’t just hurt them; it causes a ripple effect that prevents people who need care from getting it.

What Do You Do When Someone Says He or She Is Considering Suicide?

If someone says that he or she is considering suicide, you immediately get the person medical help. Call 9-1-1, take them to the emergency room, take them to the doctor’s office or local health department. Do not ignore the comment and do not try to handle it on your own. Mental illness, mental health crises, and thoughts of suicide are medical issues that need medical intervention.

Even if you are sure the teen is “just being dramatic,” seek medical help anyway. Suicidal threats are not something to take lightly. Many people don’t want to “waste their time” or “waste a doctor’s time” with something that they believe is just a adolescent being manipulative.

And they would be wrong to think that. Suicide is permanent. Would you want to take that risk if there is even a 1% chance that you’re wrong? Also, a teen learning the lesson that threatening suicide isn’t a weapon to be wielded in a disagreement or a tool for manipulation is a very valuable lesson.

So, your teen gets life-saving medical care or a life-changing experience that will make him or her a better person. There is no downside.

For all the manipulation, teenage angst, and dramatic rantings out there, I still take all threats seriously. I’m 99% positive my six-year-old nephew can’t get, and doesn’t have, a gun. But, if he walked up to me and said he had a loaded gun under his bed, I’d still go look.

People Who Die By Suicide Don't Necessarily Want to Die
Helping Your Family Understand Depression
By Gabe Howard|2017-05-11T16:35:55-04:00May 11th, 2017|Advocacy, Caregiving, Family, Suicide|Comments Off on Is Your Teen Threatening Suicide in a Manipulative Way?