Coping With Suicide As A Parent: “We Did Everything Right” 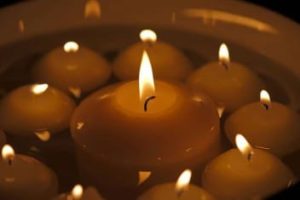 A few weeks ago, I gave a speech at a National Alliance on Mental Illness (NAMI) fundraising dinner. The event was designed to give different perspectives on the challenges our society faces related to mental illness and suicide.

I was there to speak about living with bipolar disorder. Additionally, there were a couple family members, a comedian who lives with depression, a public health official, and a man running for local political office.

I attend many of these types of functions and hear similar stories literally hundreds of times. As a mental health activist and someone living with bipolar, I’m intimately familiar with this subject. I don’t want to go as far as to say I’m desensitized, but I’m no longer surprised.

My speech was first and I told my story, a tight 15 minutes that ended with a standing ovation. I was pleased that I had done a good job and shook hands with audience members as I made my way back to my seat.

A little later in the evening, it was the politician’s turn. He walked up with his wife and I cynically assumed I was in for a five-minute stump speech about how, when he’s elected, he’ll cure bipolar and prevent traffic jams.

He quickly introduced himself. He stated that he was running for prosecutor, obviously was married, and summed up his impressive resume. He was a polite, well-spoken, well-dressed, African-American man. Then he said that his wife had something to say that they weren’t planning on saying, but felt compelled to share after hearing my speech.

She told the story of a young man who excelled academically, competitively, and socially. He was handsome, funny, and his smile lit up a room. He was the life of the party. She spoke of her belief that his future was going to be amazing. I could feel the love and pride she had for him.

She told us this young man was her son and that, at 19 years old, he died by suicide.

The room was so quiet, you could hear a pin drop, and I was staring at her like I’d never heard a story like this before. She and her husband went back and forth describing the aftermath of what happened to their son – and to them.

Choking back tears, her husband stepped forward and said, “We did everything right. Two-parent household, good schools. We were involved with our son. I work hard and have a good job. We live in a nice house.”

His voice trailed off and his wife added, “We loved our son. We didn’t know.”

Our Best Defense Against Suicide

And that’s when it hit me. I started to tear up. I realized that, had my life turned out differently, this could have been my parents talking.

I could see my mom telling people how much she loved me and how my smile lit up a room. My dad would explain that he went to work every day and made sure I had a stable life and was involved in activities.

My dad is a retired semi-truck driver, a stereotypical blue collar white guy with a limited education. The man speaking at this conference was an incredibly well-educated African-American man.  It seemed unlikely the two of them would have much in common. Yet, at the moment, I could see my dad in this man’s eyes. Those eyes were filled with fear, regret, and sadness so deep there appeared to be no bottom.

I looked into the faces of this crying couple as they told a room filled with strangers about their son. They spoke of how preventable this tragedy was, if only they’d had knowledge, resources . . . anythingother than the nothing they were equipped with.

I realized how lucky my family was that I got the help I did and how devastated my family would have been if I hadn’t. I could feel in the pit of my stomach my family’s anguish, had I died. And as I sat there crying, I realized how lucky I was that someone found me and took me the Emergency Room that evening when I was depressed, delusional, and suicidal.

As I watched the mother and father of the young man who tragically died regain their composure, my mind focused only on one fact: Luck should not be our best defense against suicide.

Society needs to stop ignoring mental health. We should not be afraid to have tough conversations surrounding mental illness and suicide. We need to be just as aware of our mental health as we are about our physical health and, therefore, mental health education should be required curriculum in our schools.

Educate yourself and others. Knowing the warning signs of suicide could literally be the difference between life and death.

This article originally appeared on Psychcentral as, “Their Son’s Suicide: We Did Everything Right.”

PODCAST: Mental Illness A Justifiable Defense Against The Death Penalty? A Glimpse Into The William Morva Case
PODCAST: What Is Life Like With Schizophrenia?
By Gabe Howard|2017-07-21T00:44:30-04:00July 21st, 2017|Advocacy, Family, Mental Illness, Suicide|Comments Off on Coping With Suicide As A Parent: “We Did Everything Right”