The number of people with a bipolar diagnosis has nearly doubled over the past 10 years. There are many ways to interpret this information. Given the sensitive nature of this discussion, I want to remind people up front that I am not a doctor, researcher, or therapist. I am a person living with bipolar disorder who works in mental health advocacy and education, and this article is written from the standpoint of how it affects me, a person living with the disorder. In other words, please read more than one point of view on the reasons for and consequences of the rise in diagnoses. That said, here is why I think bipolar disorder is becoming a new fad.

Bipolar Disorder is Starting to Be Seen as Desirable

Through observation and personal experience, I’ve noticed two distinct types of people with the bipolar disorder diagnosis. The first type includes people who have suffered greatly. They are people who have had suicidal thoughts, have been manic to the point of blacking out, and those whose lives have been deeply negatively affected. In general, this group sees bipolar disorder as a horrible illness they wish would go away forever. 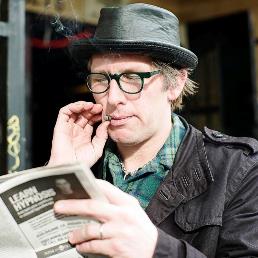 The second group contains people who feel or think differently from the rest of the world. They have felt depression and have even been manic, although the spectrum from low to high isn’t as wide for them. In general, they see bipolar disorder as a gift that makes them stand out, gives them a unique perspective on life, and makes them special. They associate themselves with artists, geniuses, and free thinkers. While they do acknowledge some downside to bipolar disorder, they see it as a fair balance of positive and negative attributes.

At the most basic level, those in the illness group want a cure, while everyone in the gift group doesn’t think a cure is needed.

However, more and more, bipolar disorder is starting to be seen as hip — albeit in certain circles. People who see the world differently, are quirky, and possess nontraditional skills are beginning to seek out the diagnoses or are self-diagnosing themselves with bipolar disorder. Since bipolar is diagnosed by self-reporting symptoms to a doctor and more and more general practitioners are diagnosing, this could be a contributing factor to the rise.

Some people are being diagnosed not because they are seeking treatment for a medical condition, but in an effort to cement the idea that they are different and special. In these cases, the diagnosis becomes “proof” of their special status. It confirms that they have not been lying about experiencing deep sadness and vast highs. But, more often than not, this is a group of people who feel no need to treat the illness.

Bipolar Disorder is Not Trendy, Fun, or Desirable

Where does this come from? As a society, have we become so jaded that just thinking differently has become some form of mental illness? Can’t someone be mentally healthy and quirky? It seems to me the two are not mutually exclusive. Why does behaving, thinking, or acting different have to be equated with madness?

But, do I think the reason I had the ability to put in the hard work, be dedicated, and find the personal fortitude to live well in the face of a debilitating illness was because the illness made me stronger?

This article was originally posted on BPHope.com as “Has Bipolar Disorder Become a New Fad?“